Top
Home  >  Saving Tips   >  What is Student Coin (STC) and How and Where To Buy Student Coin? Let me tell you first, what is Student Coin. where to buy student coin?

Student coin or STC is a cryptocoin created by a group of University students and professors to popularize blockchain technology among students. The currency STC, is a reference currency and by holding STC, you can get benefits on all the token that is built by this community. They have now more than 500 Universities as their members.

The Student Coin is run by students, faculties, and entrepreneurs from universities, including the Kozminski University, New York University, Harvard University, Stanford University, University of Oxford, London School of Economics, and the Imperial College London. 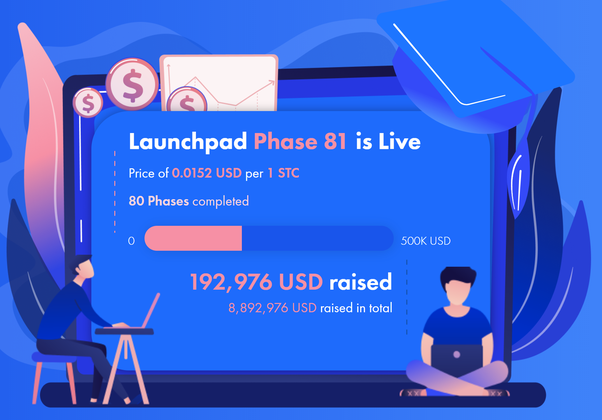 What the Student coin community is currently doing, is what Facebook did in its initial phase, that is connecting students and organization to build a platform to create, built, and organize digital tokens.

They are partnered with some of the best Universities and companies around the world.

It’s a long project that started in 2017 November. In 2020, it bridged with Ethereum and ERC20 blockchain. It was launched in December 2020 as a pre-listing token.

In 2021, Harvard University and the London School of Economics join the group and the STC launchpad started in February 2021. In about a month, the launchpad is already on stage 80 and growing rapidly.

Another big partnership will be announced in late March 2021.

In April 2021, they have fork and listing on 5 minor exchanges. We all know that listing on exchanges massively boosts the Token price.

In May 2021, another 3 minor and 2 major exchanges will be listing STC.

From July onwards, they will be launching created by their core group members on crypto exchanges.

Why STC is the next Big Thing?

STC is a central currency
STC is a reference currency for all tokens in the network. By holding STC, the investor is holding part of every token ever created with the Student Coin.
STC powers its own exchange
All of the tokens created with Student Coin will only be traded to STC Token at its own exchange.
Stake STC and earn dividends
STC can be staked to earn dividends from the STC Exchange trading and crowdfunding fees.
STC powers the Token Terminal
The STC token will be used to create and manage tokens in the STC Terminal.

Where to buy Student Coin or STC?

As STC is the reference token, and all holders of STC will be benefitted from coins created by this community.

It is a wonderful opportunity to participate in the ICO. The earlier you get, the cheaper the price is.

You can buy the STC coin from STC Launchpad 2021.

STC is also available at exchanges, but buying at exchanges means you pay a much higher price (20% or more) than ICO.

Currently, STC is supported at:

If you want to know more about STC Coin – You can consider joining our Quora STC Coin Space. It is currently new and we look forward to having some healthy information about STC.